Two men lost their lives following a head-on crash in Macomb County on Monday. The accident happened near Mile 26, on North Avenue, which remained closed for several hours.

“It was like a bomb went off’,” one witness said. Two vehicles, a white GMC work van and a red Dodge Ram truck, collided on the two-lane highway, right where the speed limit changes from 55 to 45 miles an hour. Residents say no motorist ever slows down to 45 mph, which explains the high number of horrific accidents in the area.

Both drivers were killed on the spot, while a passenger in the Dodge was transported to the hospital with minor injuries.

END_OF_DOCUMENT_TOKEN_TO_BE_REPLACED Winter storm warnings have been issued for the northern part of Michigan. In the Detroit Metro area, 6 to 9 inches of snow were expected on Wednesday. Motorists have been urged to reduce speed and drive carefully, but pedestrians are also at risk during severe weather episodes. Senior citizens are particularly vulnerable when walking down icy or snow-packed sidewalks. At a certain age, a slip and fall can be a death sentence for an elderly person. Some may never recover from a hip fracture and will require long-term medical assistance. Who is liable for their damages?

Detroit business owners must clear the snow from their sidewalks

According to a local ordinance, Detroit residents and business owners are required to clear the snow from their sidewalks within 24 hours of the accumulation. This is very important for pedestrians and those waiting for public transit.

END_OF_DOCUMENT_TOKEN_TO_BE_REPLACED

A 21-year-old man sustained critical injuries after the car he was a passenger in crashed into a tree on South Hayford Avenue in Lansing. The 20-year-old female driver was arrested on DUI charges. The story poses a series of interesting questions. Who is liable for damages if you were a passenger in a car? Can the unfortunate young man sue his friend for damages? What happens in a multiple-vehicle crash?

Who can you sue if you were in the car with the driver who caused the accident?

Each case is unique and your first step should be to contact a knowledgeable Lansing car accident lawyer.

END_OF_DOCUMENT_TOKEN_TO_BE_REPLACED

Two friends in Northern Michigan found out that showing up to support a friend does not always yield positive results when one was arrested during a traffic stop.  According to troopers from the Michigan State Police Gaylord Post, a woman was stopped in Otsego County after police suspected her of operating a vehicle while intoxicated.  She called her friend to help, and the friend arrived and was promptly arrested for OWI as they had been drinking together earlier.  Alcohol and drug-related fatal crashes remain a significant traffic safety issue in Michigan, with approximately 44.7 percent of the total fatal crashes involving alcohol and drugs in 2021. Drunk driving is considered an illegal criminal act in Michigan and the consequences of a driving-related death due to operating while intoxicated can severely and negatively impact the negligent driver’s life no matter how the case turns out.

END_OF_DOCUMENT_TOKEN_TO_BE_REPLACED 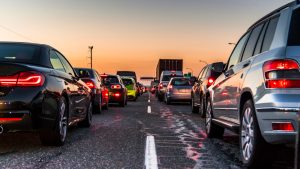 Multi-vehicle accidents often occur on highways or other roadways with many vehicles closely packed together. When multiple vehicles are involved in a crash, establishing causation can be a difficult task. In bumper-to-bumper traffic, a rear-end crash can cause one vehicle to push forward and rear-end the vehicle in front of it. On other occasions, a single vehicle may suffer damage from an initial accident that worsens after a second accident. In these situations, it can be hard to determine who is at fault for the accident.

As a recent news article reported, a 3-vehicle crash involving a semi-truck left one woman dead and four people injured in Cass County, Michigan. The deceased was slowing down on the highway to make a turn when another driver crashed into the back of her vehicle. Then, a semi-truck also crashed into the deceased’s car, pushing her car into oncoming traffic. She was pronounced dead at the scene. As a result of the semi-truck crash, the other car veered off the road and rolled onto its side. The driver and three passengers were hospitalized for their injuries.

What are the Causes of a Multi-Vehicle Accident?

END_OF_DOCUMENT_TOKEN_TO_BE_REPLACED 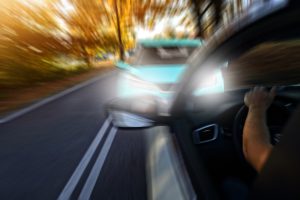 Wrong-way accidents occur when a vehicle crosses into the opposite lane and veers into oncoming traffic, colliding with a vehicle traveling in the other direction. Last year, at least 421 crashes in Michigan occurred as a result of someone driving the wrong way on a divided road. Nationally, fatalities resulting from wrong-way accidents have been on the rise. As AAA reports, wrong-way accidents often result in head-on collisions, which can be especially dangerous for drivers and passengers.

A recent news article detailed a wrong-way accident that left three people dead in Iron Mountain, Michigan. A car was traveling in the northbound lane of a local roadway when it suddenly crossed into the southbound lane and struck another car. The other driver tried to brake, but he sadly could not avoid the collision. Both drivers died at the scene, along with one passenger. The other passengers, a woman and two children, were transported to the hospital for their injuries. One of the children was in critical condition. Police are continuing to investigate the crash, but they believe speed was a contributing factor.

What Are the Most Common Causes of a Wrong-Way Accident?

Many different factors can lead to a wrong-way accident. First, drivers may be distracted. They may be talking on the phone or texting while driving, both of which result in drivers paying too little attention to the road in front of them. Second, a driver who is speeding might veer into the opposite lane at a high speed. In this scenario, even if a driver sees another car approaching from the opposite direction, they may not have time to swerve out of the way before a head-on collision occurs. Excessive speeding can cause a driver to lose control of the car more easily, leading to a deadly wrong-way crash. Finally, drivers may travel into the wrong lane if they are under the influence of drugs or alcohol. According to the AAA, driving under the influence increases a person’s odds of being a wrong-way driver. Driving under the influence means an intoxicated driver becomes a danger to everyone else on the road.

END_OF_DOCUMENT_TOKEN_TO_BE_REPLACED

When Can You Sue Employers for Employees’ Actions in Michigan?

Under Michigan law, an employer can be held liable for an employee’s actions following an accident using a legal concept known as respondeat superior or vicarious liability. To establish vicarious liability, a plaintiff must show that the employee works for the defendant and acted within the scope of his employment during the accident. Acting within the “scope of employment” means, in part, conducting some activity during the employee’s designated working hours that ultimately benefits the employer’s business. By contrast, an employer could escape liability if its employees committed negligent acts beyond the scope of employment, such as using an employer-issued vehicle for unauthorized personal trips. Under Michigan law, this rule applies even if the accident occurs during normal working hours, so long as the employee is not completing a task to benefit the employer’s business.

END_OF_DOCUMENT_TOKEN_TO_BE_REPLACED 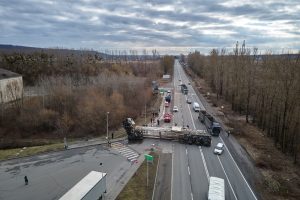 Multi-vehicle accidents can result in a chain of injuries, along with considerable property damage. In particular, truck accidents can lead to especially severe injuries due to the size and weight of a typical truck. As a recent truck accident in Michigan illustrates, a head-on truck collision involves significant force, often leading to devastating high-impact crashes.

According to a recent news article, two people were injured following a head-on truck collision in Paw Paw Township, Michigan. The three-vehicle collision occurred on Highway 51 when a pickup truck driver traveling northbound sideswiped a semi-truck going southbound. After crossing the centerline, the pickup truck driver then collided head-on with a southbound box truck. The drivers of the pickup truck and box truck were taken to the hospital for their injuries.

Establishing fault in a truck accident can raise several issues. First, a driver may be borrowing another person’s truck to transport his or her personal items. In this scenario, Michigan law would assign liability to the truck owner for the truck driver’s actions. In other words, a person who suffers injuries from a motor vehicle accident can sue the vehicle’s owner, even if the owner was not driving at the time of the accident. Conversely, the owner is not liable unless he or she knows or permits someone else to drive the vehicle. However, if the driver at the time of the injury is the owner’s spouse or immediate family member, Michigan law presumes that the owner knew and consented to the use of his or her vehicle. If a plaintiff sues the owner and the driver who borrowed the owner’s truck, the plaintiff can only recover one sum from all defendants. For example, if the plaintiff sues for $50,000 in damages, they can recover a total of $50,000 from all defendants, rather than $50,000 from each defendant.

END_OF_DOCUMENT_TOKEN_TO_BE_REPLACED 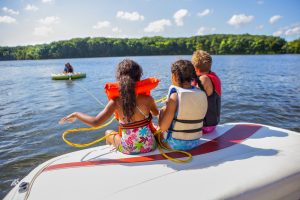 We often think of cars and other road vehicles as high-risk machines that should be operated safely at all times. But boats and other marine craft, even those used for recreation, can bring about accidents, injury, and even death when operated in an unsafe manner.

According to a recent article, a woman experienced serious leg injuries in an accident on Lake Michigan. The woman was on an inflatable raft when a large boat reversed and ran over the device, injuring the woman and another individual. Cell phone footage of the accident shows that she and the other person were sucked under the boat. The severity of the injuries necessitated the amputation of both of her feet. In the days after the amputation the woman expressed shock and difficulty adjusting, imploring boaters to use more caution on busy recreational lakes and waters.

Damages for Serious Injuries in Michigan

Just like careless drivers in car accidents, negligent boat operators can be held liable for a victim’s injuries in civil court. Boat operators who fail to use reasonable care in operating their boats or are under the influence of drugs and alcohol are likely to be found negligent by a jury, which means they may owe you for your economic and emotional damages. Injuries, particularly injuries that result in scarring and disfigurement, can be financially compensated for in court through both types of damages award. And when video footage of the accident is available, as in the recent accident, victims may be able to more easily prove the cause of their harms.

END_OF_DOCUMENT_TOKEN_TO_BE_REPLACED 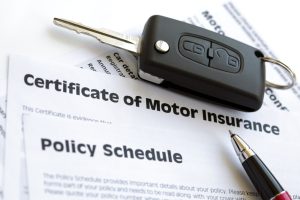 Recently, the Michigan Court of Appeals ruled that a previous amendment to Michigan’s insurance laws was unconstitutional, reversing the amendment in a way that is now favorable to individual policy holders across the state. The ruling comes as a victory for victims of car crashes that find themselves in need of money for medical care and that might normally face uphill battles in getting their insurance companies to compensate them for their care.

In 2019, a significant change to Michigan’s no-fault auto insurance law made it so that many insurance companies could take reimbursement away from injured Michiganders after their accidents occurred. Individuals that had previously paid for lifetime medical care in their insurance policies often saw their benefits slashed when they then became victims in a traffic collision and needed more intense medical care. As a result, these same victims often lost access to critical care when they needed it the most.

Late last month, however, a three-judge panel on the Michigan Court of Appeals decided that changing the terms of patients’ coverage after their accidents violated the Michigan constitution. Now, because of the ruling, insurance companies are unable to cut victims’ coverage after they are involved in any kind of car accident. If a Michigan driver, then, has enrolled in coverage that provides for full-time care and that driver then becomes the victim of an accident, their coverage will stay in place after the accident occurs.