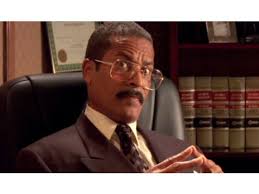 here it belongs: the manufacturer. A dangerous product is a problem, but this time, it will be a problem for them.

This article is the first installment in a series that explores the evolution of personal jurisdiction as it relates to product liability litigation, concluding with a discussion of two personal jurisdiction cases pending before the Supreme Court. In those consolidated cases, Ford Motor Company is asking the Court to severely limit the number of courts that can hear a case against a company that serves a regional or national market.

END_OF_DOCUMENT_TOKEN_TO_BE_REPLACED

The defendant appealed from a judgment entered after a jury verdict in a Michigan premises liability action. The Michigan Court of Appeals affirmed the trial judge’s denial of the defendant’s motion for judgment notwithstanding the verdict. The appeals court also affirmed the trial judge’s denial of the defendant’s motion for a new trial as to damages with the exception of those based upon past and future medical expenses.While shopping at the defendant’s store, the plaintiff asked for assistance with some folding metal chairs that were located on a top shelf. An employee attempted to manipulate that stack of chairs, and they fell from the top shelf onto the plaintiff’s head. The plaintiff sued the defendant’s corporation, which, though it contested fault, did not contest that if the jury found its employee at fault, it would be liable under respondeat superior.

On appeal, the defendant first contended that the trial court erred by denying its motion for a directed verdict, in which it claimed that it had no duty to the plaintiff, based on the open and obvious danger doctrine. The appeals court agreed with the trial court that this motion was properly denied on both procedural and substantive grounds.

The appeals court concluded that the defendant waived any claim that the action did not sound in negligence. Early in the case, the trial court issued an order providing that once a formal Joint Final Pretrial Order (JFPO) is filed, it supersedes previous pleadings and orders and controls the trial proceedings. It further provided that the JFPO shall contain a concise statement of a defendant’s defenses and cross-claims, including legal theories. A JFPO was presented to the court by the parties and entered as an order. Under the heading “Defendant’s Claims,” the defendant listed multiple defenses but included no reference to premises liability or a defense that the plaintiff’s injury was caused by an open and obvious condition. Given the court’s pre-trial orders and the JFPO to which defense counsel stipulated, the defendant waived this argument.

END_OF_DOCUMENT_TOKEN_TO_BE_REPLACED

After a jury trial, the court entered a $14,439.91 judgment for plaintiff Molly Pietila following a ski accident with Kent Wisotzke. Pietila appealed, claiming that the trial court erred when it denied her a new trial on the issue of non-economic damages. The Michigan Court of Appeals recently reversed and remanded.The evidence at trial showed that Pietila and Wisotzke collided on Marquette Mountain. Both suffered injuries. Wisotzke experienced a severe concussion and two broken bones in his right hand. Pietila was hospitalized for almost two weeks for multiple fractures of her eye socket, face, and skull. The plaintiff also broke her jaw, nose, knee, and hand. Her nose was entirely flattened, and she underwent multiple surgeries to reconstruct her face.

END_OF_DOCUMENT_TOKEN_TO_BE_REPLACED

According to a report published by the Senate Fiscal Agency, the state of Michigan paid roughly $41.8 million in verdicts and settlements in the last fiscal year. This amount is substantially less than what Michigan taxpayers paid last year, but more than the average amount over the past decade.Michigan doled out over $70 million for lawsuits in 2014, roughly $86 million in 2013, and over $76 million in the previous year. 2012 had a substantial swell in legal payments from 2011, in which the state paid roughly $16 million. In 2006, Michigan paid only $9.4 million. The significant jump from 2011 to 2012 was due to lawsuits over Michigan’s business taxes. Numbers lowered this year because there were no major payments for business tax cases.