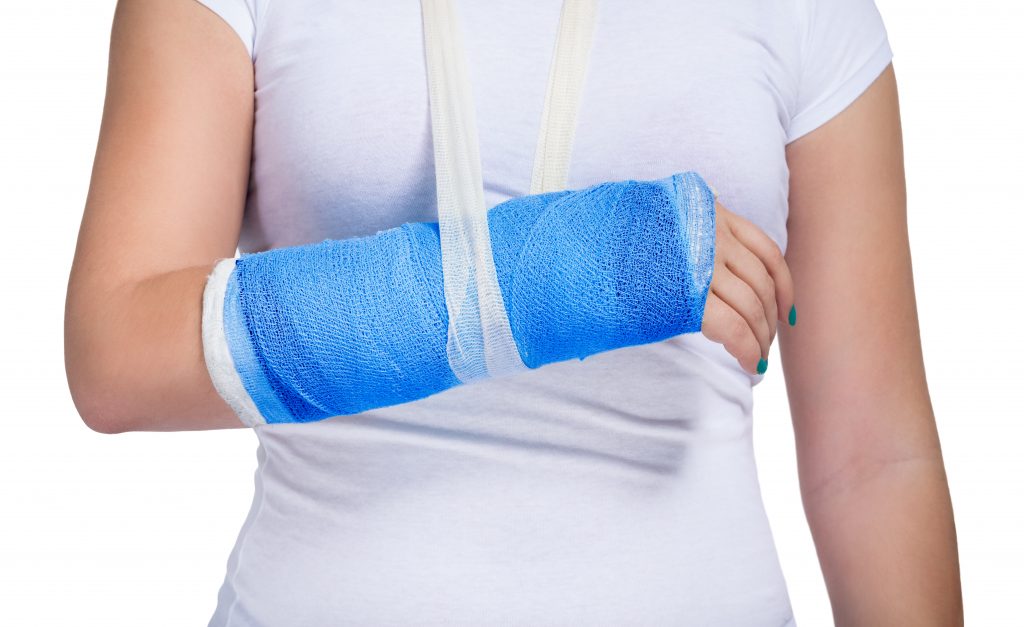 In a recent case before a Michigan appeals court, the court considered whether Mercedes-Benz could be held liable after the plaintiff fell on a display at the North American International Auto Show in Detroit. Evidently, the plaintiff, an auto dealer from Pennsylvania, attended Mercedes-Benz’s press conference, during which a presenter rode an autonomous vehicle onto the stage.

The next day, the plaintiff went to get a better look at the autonomous vehicle which was on display. While he was looking at the vehicle, he tripped over a plexiglass barricade and landed on his right shoulder. He had surgery on his shoulder shortly before the auto show, and his arm was already in a sling at the time. Two men, whom the plaintiff believed were Mercedes-Benz employees, tried to help him up by pulling on his arm. He eventually left and found out that he had re-torn his right rotator cuff, requiring a second shoulder surgery.

The plaintiff sued Mercedes-Benz, seeking compensation for his injuries. He claimed that the company was negligent in putting up the plexiglass barrier, that it breached a portion of its contract by failing to make the exhibit safe, and that the two men that helped him up were negligent in pulling on the plaintiff’s arm. The defendant argued that the plexiglass barrier was an open and obvious hazard, and therefore, it was not liable for the plaintiff’s injuries.

END_OF_DOCUMENT_TOKEN_TO_BE_REPLACED 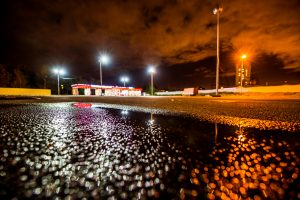 If you are injured on someone else’s property, including businesses and government property, you may want to hold the property owner responsible for the damages incurred due to your injuries. However, in order to recover you will need to prove certain specific things, discussed in more detail below. While cases like the one described here can illustrate some of the important points of Michigan personal injury law, only a knowledgeable Western Michigan personal injury attorney can tell you how your case is likely to play out in court.

END_OF_DOCUMENT_TOKEN_TO_BE_REPLACED

In a procedurally complicated opinion, the Michigan Court of Appeals attempted to clarify whether the “parked vehicle exception” applied to injury during maintenance of the vehicle. In order to collect damages from an automobile insurer, the vehicle must be involved in the injury. This may seem straightforward and obvious, but as often happens with the law, it is not. Michigan law appears to hold that auto insurers do not have to pay for injuries when the vehicle is parked. However, the law also seems to say that insurance will cover injuries that occur during vehicle maintenance. This case looks at these potentially contradictory aspects of the law and discusses how the law should be applied in the instant case and cases with similar facts. While a case may seem simple at first, that is not always the reality. That is why if you are injured in any kind of accident, you should consult an experienced Michigan personal injury attorney as soon as possible. They can help frame and guide your case in a way that leads to the best results.

Facts of the Case

Both parties agreed on the basic facts of the case. A woman was using the vehicle provided by her employer. She stopped at a self-serve carwash to wash it, and as she was washing it she slipped and fell on ice. No one knows whether the ice was created by the water she was using to wash the vehicle, or if it was already on the ground. She attempted to recover damages from the insurer her employer used. It refused to pay for the injuries. The insurance company argued that the case should be dismissed because the injury just happened to occur near the employer’s car and the law excepts insurers from being responsible for accidents when the car is parked. Conversely, the injured party argued that since her injuries occurred during the maintenance of the car, under statutory and case law she is still entitled to payment from the insurance company. The insurance company moved for summary judgment, which would dismiss the case. The court found for the plaintiff and allowed the case to continue for the reasons explained below.

END_OF_DOCUMENT_TOKEN_TO_BE_REPLACED

The Michigan Court of Appeals issued an opinion earlier this year applying the “open and obvious doctrine” to resolve a lawsuit brought by an injured employee. Contractors were working on installing a fire protection system in an Ann Arbor building and had left some of the cables on the floor during the installation process. A security guard was patrolling the area and slipped and fell on the cables. He was injured and brought suit, alleging negligence and premises liability. The lower court did not allow the claim to go forward by granting the summary judgment motion of the defendants. The Michigan Court of Appeals agreed with the lower court and affirmed the summary judgment ruling for the defendant.  If you are injured on someone else’s property, whether at work or not, you should contact an experienced Michigan premises liability attorney.

END_OF_DOCUMENT_TOKEN_TO_BE_REPLACED

If you are injured on public property due to government negligence, you will probably want to hold the government accountable for your injuries. In a case that recently came down from the Michigan Court of Appeals, the justices clarified the requirements to bring suit for injuries on government property. Since the government can sometimes claim immunity, unlike with individuals or businesses, there are additional hoops to jump through for those seeking damages. One of these differences is that you have less time to start the process to file your claim, so it is even more crucial that you contact a skilled Michigan premises liability attorney as soon as possible after an accident. The law gets complicated in this area, and if you don’t give notice to the proper entities in the proper way, the court may throw out your lawsuit, permanently barring you from bringing your case forward.

In 2015, a woman was at the Michigan Hall of Justice in Lansing when she tripped on uneven bricks on the front porch of the building. She ended up falling and suffering injuries. The law requires that the government maintain and repair public buildings that are open for use by the public. If the government knows about a dangerous condition and does not fix it in a reasonable time, it could be held liable for injuries sustained due to the defect. Potential plaintiffs have 120 days to give notice to the government of the injuries and their intent to sue.

END_OF_DOCUMENT_TOKEN_TO_BE_REPLACED

A defendant appealed an order denying his motion for summary disposition in a Michigan slip and fall case. The Michigan Court of Appeals reversed and remanded for the entry of an order granting the defendant’s motion for summary disposition.On September 14, 2012, the plaintiff was in the defendant’s backyard, sitting by a fire that had been made in the defendant’s fire pit. The fire pit had been constructed that day and consisted of a corrugated metal fire ring set in a hole surrounded by a circular wall of landscaping blocks that was about nine inches tall. The area around the fire pit was covered with pea gravel. The plaintiff had helped spread and pat down that gravel the previous day. The plaintiff had been dating the defendant off and on since about 2004, and she had been to the defendant’s home hundreds of times.

On the night she fell, the plaintiff and the defendant were sitting in chairs by the fire pit drinking wine. The plaintiff was wearing rubber flip flop sandals and had her feet resting on top of the block wall surrounding the fire ring. At some point, the plaintiff felt too hot and decided to move her chair further away from the fire as the defendant was walking toward his house to get something. The plaintiff stood up and then turned around to grab the arms of the chair to move it, with her feet between the chair and the fire pit. As she leaned over to take hold of the chair, her feet started sliding backwards on the gravel, down a slight slope, until she lost her balance and fell backwards into the fire pit, causing her to sustain significant burns.

END_OF_DOCUMENT_TOKEN_TO_BE_REPLACED

Plaintiff appealed trial court’s grant of summary disposition in favor of defendant in a premises liability slip-and-fall action. Plaintiff was a business invitee at defendant’s Applebee’s Restaurant, walked to the restroom, and on her way back slipped and fell on an area of tiled flooring in front of the kitchen. After her fall, plaintiff noticed an oily residue on her hands and knees. Plaintiff contends that defendant knew or should have been aware of the condition of the floor and failed to properly maintain the premises. The trial court granted summary disposition upon concluding that plaintiff had failed to establish a genuine question of fact whether defendant had notice of or created the dangerous condition. The Michigan Court of Appeals affirmed.The appeals court first noted that the trial court properly deemed this a premises liability action rather than a negligence action, because plaintiff’s injury arose from an allegedly dangerous condition on the land. A plaintiff in a premises liability action has the burden to prove (1) the defendant owed the plaintiff a duty, (2) the defendant breached that duty, (3) the breach was the proximate cause of the plaintiff’s injury, and (4) the plaintiff suffered damages. A premises owner breaches its duty of care when it knows or should know of a dangerous condition on the premises of which the invitee is unaware and fails to fix the defect, guard against the defect, or warn the invitee of the defect. When there is no evidence to show that a defendant had actual knowledge of the condition, the issue is whether defendant had constructive notice. Constructive notice is established if the evidence demonstrates that the condition is of such a character, or has existed for a sufficient length of time, that the landowner should have had knowledge of it.  When the landowner or his agent creates the dangerous condition, active negligence exists, and proof of notice is not required.

Plaintiff did not assert that defendant had actual knowledge of the condition of the floor. The appeals court concluded plaintiff failed to prove that defendant had constructive notice of the defect by presenting evidence that the hazard was of such a character, or had existed for a sufficient time, that a reasonable premises possessor would have discovered it. By her own testimony, she had traversed the same area of the floor on her way to the restroom without noticing anything wrong, and she opined that it was “different” on the way back when she fell. Indeed, plaintiff did not observe any grease on the floor at all, but rather only on her hands and knees; other witnesses testified that they inspected the area after the fall and saw no grease or oil on the floor.

Plaintiff argued that the floor had by defendant’s admission not been cleaned for many hours. However, although the residue on plaintiff’s hands and knees was sufficient to raise a question of fact as to whether there was residue on the floor when she fell, it was pure speculation when it was deposited, and based on her noticing a difference on her way back from the restroom and her own description of how difficult it was to get up after her fall, the evidence strongly implied that any such residue could not have been deposited longer ago than her trip to the restroom. Furthermore, its invisibility to her and to the other witnesses also suggested that defendant should not have been aware of its presence until plaintiff fell.