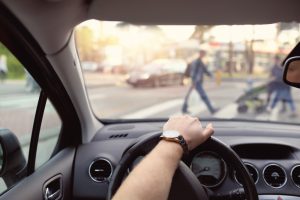 Auto-pedestrian accidents in Michigan present a serious danger to commuters trying to navigate our cities on foot. The aging roadway infrastructure in our state often lacks adequate safety features to allow pedestrians to safely cross roads and highways. A pedestrian was recently killed when she was hit while attempting to cross the street in Detroit in May 2022. A recently published local news report discusses the accident and the consequences being faced by the driver of the vehicle involved.

According to the facts discussed in the news report, the victim, a 32-year-old Detroit woman, was attempting to cross the intersection at Livernois and Dragoon street when she was struck in the median by a truck. The driver of the truck fled the scene after the crash, and the woman was pronounced dead by authorities after they arrived on the scene. Although the driver of the truck fled the scene of the crash, the 24-year-old Detroit man later turned himself in and was placed under arrest for his role in the fatal crash. According to the article, the man was charged with leaving the scene of a fatal crash, and reckless driving that caused death.

Although the driver of the truck may face serious criminal consequences for his role in the victim’s death, the family of the victim may need to pursue a civil claim against the driver to receive financial compensation for the loss of their loved one. Drivers on Michigan roads owe other drivers, passengers, and pedestrians a basic duty of care to prevent intentional or negligent injury by the driver’s conduct. When a driver violates that duty by driving negligently or violating traffic laws in the process of causing an accident, they can be held accountable for the consequences of the crash.

In the event that a driver causes an accident resulting in injury or death, the accident victims are entitled to pursue a claim against that driver for compensation related to the loss. If the driver has liability insurance coverage (as required under Michigan law), then the insurance policy should cover any expenses and losses up to the amount of the policy limit. If a driver does not have sufficient insurance coverage to compensate the victims after an accident, the driver may be pursued personally for the losses, and the victim or other driver’s insurance company may also offer coverage.

Who Can Accident Victims Turn to for Help?

If you or someone you love has been injured or killed in a Michigan auto-pedestrian accident, the qualified Michigan personal injury attorneys from the Neumann Law Group would like to help you pursue your claim. We don’t get paid unless and until you do, and without dedicated advocacy, you can be confident that your claim will result in a settlement or judgment in your favor. The Michigan accident lawyers with the Neumann Law Group have experience representing pedestrians who have been hit by motor vehicles, and we represent clients in other accident and injury cases as well. To schedule a free initial consultation today, contact us at 800-525-NEUMANN.