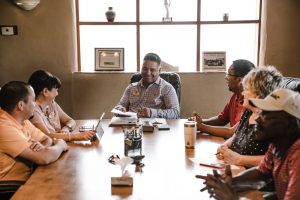 For instance, throughout the 1900s, approximately 210,000 Italians immigrated to the United States each year; however, the foreign born Italian population back in the 1890 census was only 200,000, meaning that after the 1924 Act, Italian immigration would be cut to 4,000 per year.  This stands in stark contrast to Germany, which had a foreign born population of 2.8 million in 1890, allowing it 56,000 immigrants per year after the passage of the 1924 Act.

Some major changes in American immigration police occurred with the passing of the Immigration and Nationality Act of 1952 following the conclusion of World War II. The 1952 Act abolished the overt racial restrictions created under the 1924 Act, but maintaining quotas for nationalities and regions. It also introduced new excluded categories arising out of moral integrity, or the lack thereof. For instance, “habitual drunkards,” “narcotic . . . addicts,” illegal gamblers, and prostitutes, whether presently or at any point in the past, were denied entry to the United States.

The Immigration and Nationality Act of 1965, signed into law by President Lynden B. Johnson, ushered in a new era of immigration policy in the United States. The 1965 Act’s legal framework replaced racial and ethnic quotas with a system based on an immigrant’s relationship with the United States. Specifically, an immigrants’ familial relationships with American citizens and legal residents, as well as the immigrant’s skill and ability to contribute to American society were the new criteria for admission. The new system did establish caps, however, including hemispheric limits of 170,000 from the east and 120,000 from the west. Further, no country would be allowed more than 20,000 visas per year. Three-fourths of admissions were allocated to immigrants entering under a family-related category. In fact, immediate relatives—spouses, minor children, and parents of adult US citizens—were completely exempt from the caps previously described.

The Hart-Cellar Act framework remains in place in today’s immigration system. In general terms, there are five categories of family related admission categories, five employment related categories, together with more limited numbers of admissions under refugee provisions and the Diversity Visa Lottery. Presently, 45% of immigrants are admitted as immediate relatives of US citizens and 21% as family-sponsored preference visas—a program that allows US citizens to sponsor adult children siblings. In all, two-thirds of all legal immigration falls under family admission categories. Approximately 14% enter in some manner related to their employment, which requires sponsorship by an existing employer in most cases. An additional 13% enter as refugees and asylum seekers, with the remaining 7% divided among a number of other routes, including the diversity visa—a program intended to grant admission to immigrants from underrepresented countries of origin.

Approximately one in four people presently residing in the United States are either an immigrant or the children of an immigrant, and studies suggest that many have successfully integrated into American society in the first and second generation. Immigrants from certain countries of origin have demonstrated great success in the United States. For instance, Indian immigrants and their children, totaling around 3.89 million people, have more education, higher rates of employment, and higher household income that the United States population as a whole. Many other nations demonstrate similar indicia that is on par with the larger population, even when their nation of origin is economically depressed or politically unstable, such as Kenya or Ethiopia.

Although the debate within American politics regarding immigration is presently at a fever pitch, it is hard to argue that legal immigration system, for all its failings, has not brought generations of new US citizens, together with their native education, wealth, and innovation, to the benefit of the United States. However, immigration policy is fundamentally a question of national identity.

The manner in which individuals are permitted to enter and stay within the United States directly effects the composition of the population. Although a nation is defined by its history and ideals, it is also the sum of its people—particularly in a representative republic such as ours. Consequently, over the course of time, immigration policy will affect the nation’s composition, which will in turn color the political process. One need only consider the import of the Hart-Cellar Act, which greatly increased the diversity of immigrants to America. If those changes were never made, and the overwhelming majority of immigrants between 1965 and present day had been from western and northern Europe, the United States would be a very different place, culturally and politically.

Whether there will be significant immigration reform in the future, and the nature of the reform itself, are questions that cannot be answered in the present. What is certain is that political pressure will color future immigration legislation, with a portion of that pressure originating from each congressperson’s individual constituents. Those constituents are the US population, comprised of many immigrants. In the end, consensus may not be possible, but an examination of past policies and the effect it has had on the nation today is a reasonable place to begin the inquiry.