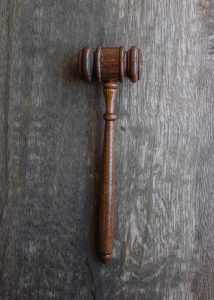 In 2018, Michigan signed Public Acts 180 and 181 into law, providing victims of sexual assault more time to file both civil claims and criminal complaints. The legislation was spearheaded by a group of sexual assault survivors led by Rachael Denhollander. Denhollander is the first woman to come forward with allegations against gymnastics doctor Larry Nassar. Nassar assaulted numerous gymnasts under the guise of providing medical treatment and is currently serving a 175-year sentence in a Florida federal prison.

Under the new laws, the statute of limitations for sexual assault cases was extended. The former law required a lawsuit to be filed within three years of the assault. This was amended to allow suit any time before the survivor of sexual assault turns 28-years old. Under the new provision, the perpetrator need not be convicted of criminal conduct in order to be sued.

The law also opened a 90-day window for suit against perpetrators of sexual assault by an individual who was convicted of criminal sexual conduct, and who admitted to either (1) being a physician in a position of authority over the victim and using that authority for coercion; or (2)  engaging in purported medical treatment that is considered unethical. The 90-day window applied to assaults occurring after December 31, 1996. This provision is apparently tailored to permit lawsuits against Nassar, as both the time constraints and specific elements coincide with the facts of his case.

Although the new law extended the time in which a victim can file a lawsuit, many believe it does not go far enough. Other jurisdictions have recently passed statute of limitations legislation that go much farther. New York extended the period when a survivor of sexual assault can sue until he or she turns 55. Moreover, New York has also created a 1-year “revival window” where claims can be brought, no matter when the sexual assault occurred. California has passed similar legislation, but with a revival window of 3-years. Other jurisdictions are following suit: Arizona, Montana, New Jersey, and Pennsylvania have all passed legislation extending their statute of limitations and creating a revival window.

Laws extending the statute of limitations require balancing victims’ rights on the one hand, with a host of practical considerations on the other. Advocates for statutes of limitations laws argue that evidence is gone, witness recollections are stale, and the only real evidence will be the recollection of the parties involved. However, research indicates that the instances of false reports are low. One study of 812 reports of sexual assault from 2000-2003 found less than a 2% rate of false reporting (Heenan & Murray 2006).

One out of five girls and one out of twenty boys are victims of childhood sexual assault. The Michigan Task Force on the Prevention of Sexual Abuse of Children estimates that somewhere between 10,000 and 70,000 children as sexually assaulted in Michigan each year. Furthermore, lifetime rates demonstrate that 25-40% of women and 8-13% of men report at least one form of sexual abuse by the time they turn 18. Of astounding number of children being assaulted, how many will be prepared to live out their experience in a legal proceeding by the time they are 28? Some, but certainly not all.

The Michigan Legislature is not presently considering any bills that would mirror the states granting revival windows. Until there is such reform, survivors need to be aware of their legal rights. Moreover, there may be ways for those over the age of 28 to successfully sue, as there are exceptions to every rule. For instance, the 2018 law also provides that even if an individual is over the age of 28, he or she is permitted to bring an action within three years of the discovery, or when discovery should have been made, of both the injury and relationship between the injury and the criminal sexual conduct.

Given the complexities of the law surrounding civil suits for injury sustained through sexual assault, experienced legal representation is important. If you are the survivor of sexual assault, regardless of when it occurred, contact the experienced attorneys at Neumann Law Group for a free consultation.