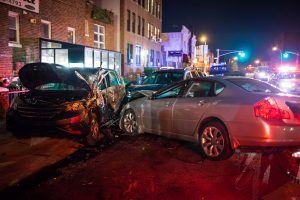 After a car accident in which two people were killed and one was seriously injured, the plaintiffs (including the estates of the deceased parties) brought suit against the Eaton County Road Commission. They alleged that the Road Commission was negligent in its maintenance of the roads. If you or a loved one has been injured in an accident due to negligent maintenance of road conditions, you should contact a skilled Michigan car accident attorney as soon as possible. As this case illustrates, the time frames and requirements for bringing suit against a government agency are very specific. In order to make sure you do not lose the ability to bring your claim forward, you should contact a personal injury attorney as soon as possible.

The government is generally immune from suit, but some statutes give individuals the right to bring claims against the government in certain circumstances. One of these statutes is the governmental tort liability act (GTLA). The GTLA requires that notice of suit be given to the county road commissioner’s chairperson within 60 days of the injury. However, there had been some confusion in the past about the applicable time period. This confusion was cleared up once and for all when a case called Streng came down in 2016.

Now, the court in this case needed to determine whether Streng would apply retroactively. In other words, did the 60-day time period apply to this case? If so, the case would be dismissed for noncompliance of notice, since the notice was given more than 60 days after the accident.

Here, the Michigan Appeals Court held that the 60-day time period did apply. First, they noted that this was not a new law; it was always the law. Streng merely clarified the law. They also held that even if it was treated like a new law, Streng would apply retroactively. The three-part test that the court applied in this case looks at the purpose of the new rule, the level of reliance on the old rule, and the effect on justice that retroactive application would have. Since governmental immunity is the default, and exceptions are specifically defined in the law, the appeals court held that it would be proper for Streng to apply retroactively. Thus, the appeals court directed the lower court to grant the Road Commission’s summary judgment motion, which would dismiss the case.

If you lost a loved one in an accident in which the government may be partially at fault, you should contact an experienced wrongful death attorney as soon as possible to make sure that you do not miss the notice period. The attorneys at Neumann Law Group can help you conform to the requirements for bringing suit. Neumann Law Group works with clients throughout Western Michigan, as well as in Detroit, Saginaw, Southfield, Lansing, Grand Rapids, Kalamazoo, and Traverse City. Call 800-525-6386 or use the contact form on this website to schedule your free consultation today.