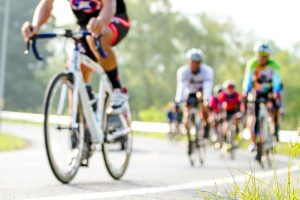 Not all Michigan crashes are accidents, and drunk driving incidents are a prime example of preventable crashes. According to the National Highway Traffic Safety Administration (NHTSA), every day, over 30 people in the nation die in a drunk-driving accident. Recent statistics indicate that nearly 11,700 people were killed in an alcohol-related traffic accident in 2020- a 14% increase from the previous reporting year.

Alcohol is a substance that can significantly reduce a person’s brain function, which can lead to cognitive impairment and difficulties with reasoning and coordination. In essence, alcohol impairs all the abilities related to safely operating a vehicle. After consumption, alcohol passes into the bloodstream and metabolizes in the liver. The blood alcohol content (BAC) is measured by the amount of alcohol in a certain amount of blood.

In most states, including Michigan, it is illegal to operate a vehicle with a BAC of .08. However, crash data indicates that many accidents involve situations where the impaired driver had a BAC of .01 to .07 g/dl. Even a BAC of .02 begins to affect a driver’s cognitive ability.

For example, the typical effects at .02 g/dl include loss of judgment, relaxation and altered mood. In the context of driving, .02 g/dl can impact a person’s visual functioning and reduce one’s ability to perform two tasks simultaneously. At .05 g/dl, a person may experience exaggerated behavior and a loss of small-muscle control. This can adversely affect a person’s coordination and ability to track moving objects.

The consequences of impaired driving are dire. Drunk drivers risk criminal penalties and fines and may also find themselves liable for personal injury or wrongful death. Those who have suffered injuries from a drunk driver should consult with an attorney to determine their rights and remedies.

Recently, authorities charged the Michigan drunk driver who killed two people and hurt three others during a “Make a Wish” bike ride. According to reports, the driver was heading north when a delivery truck in front of her began to slow down. In response, the driver tried to go around the delivery truck; in doing so, she ran straight into the path of the cyclists. Authorities reported that it does not seem that the driver saw the bikers; however, the incident occurred on a straight road with no obstructions. Officials charged the woman with various offenses, including two counts of operating a vehicle while intoxicated, causing death.

If you or someone you love has been hurt or killed in a DUI accident, contact the Neumann Law Group. The attorneys on our team are committed to justice in Detroit and beyond. Our firm handles Michigan personal injury cases involving drunk drivers, negligent medical providers, premises liability claims, product liability cases, and nursing home abuse and neglect lawsuits. We have secured significant amounts of compensation for our clients and their families. Contact our office at 800-525-6386 to schedule a free initial consultation with an attorney on our team.