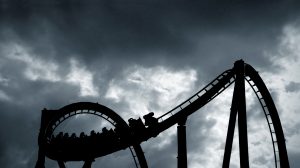 The thrills and dangers of Michigan’s amusement parks are two sides of the same coin. While these places are popular and fun attractions for residents and tourists, they pose many dangers to visitors. While the risk of dying on a roller coaster is relatively rare, there are nearly 30,000 amusement park-related accidents and injuries every year. Michigan amusement park accident lawsuits are challenging because of the various statutes and immunity that these parks purport as defenses to their negligence. Those who have suffered injuries or lost a loved one because of a theme or amusement park injury should contact an attorney to discuss their rights and remedies.

The leading causes of Michigan amusement park injuries involve insufficient warnings, improper signs, failure to enforce safety standards, defective rides, and ineffective supervision. These forms of negligence can result in serious physical injuries, psychological damage, and death. For example, national news reports have described a harrowing accident involving a Michigan woman who suffered injuries at Cedar Point amusement park. According to reports, the woman was standing in line waiting for a ride when a piece of a ride struck her in the head. An investigation revealed that the L-shaped metal object was approximately the size of an adult man’s hand. The object, a “flat plate,” became dislodged when its securing bolts loosened and fell off.

Safety officials stated that the bracket should hover over the track, and sensors track its movements. However, during the ride’s descent, the bracket ripped off, causing it to fly off of the ride. It appears that the brackets exhibited signs of deformation and damage, which may have contributed to the incident. The woman continues to fight for her life as she receives treatment for her head injuries.

The Michigan Department of Licensing and Regulatory Affairs mandates that amusement attractions such as water parks, traveling carnivals, and theme parks follow strict safety standards. However, they also provide safety tips to park-goers to avoid serious injuries. Part visitors should review posted rules and restrictions, follow the height and weight restrictions, report unsafe behaviors and defective rides to park officials, and immediately report injuries. Amusement parks that fail to abide by the standards may be liable for the injuries and damages their guests and visitors suffered while on the property.

Have You Suffered Injuries at a Michigan Amusement Park?

If you or someone you love has suffered injuries or died in a Michigan amusement park accident, contact the Neumann Law Group to discuss your rights and remedies. The experienced attorneys at our law firm have secured compensation on behalf of countless Michigan injury victims in all types of personal injury cases. We handle claims stemming from Michigan car accidents, medical malpractice, nursing home negligence, premises liability, product liability, work injuries, and wrongful death. With our help, you may be able to recover for your accident-related expenses, including medical expenses, pain and suffering, lost wages and benefits, and more. Contact our office at 800-525-6386 to schedule a free initial consultation with an attorney on our team.