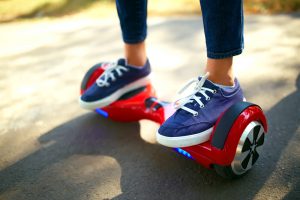 As a general matter, companies are responsible for the safety of products that they make, sell, market, and distribute. When a product is unreasonably dangerous or defective in any way, each of these parties can typically be held liable for any injuries caused by the product. However, Michigan product liability law is vast, and many cases arise in a legal gray area.

The Sixth Circuit Court of Appeals recently heard one such case involving a purchase on Amazon.com. In that case, a family purchased a hoverboard for their son from Amazon. It was undisputed that Amazon did not own the hoverboard, and that a third party listed the item for sale on Amazon’s website. However, the item was shipped in an Amazon box from a warehouse owned by Amazon, and the plaintiffs believed that they had purchased the hoverboard from Amazon.

Not long after Amazon sent the email, the plaintiffs’ son’s hoverboard caught fire and burnt the plaintiffs’ house down. No one was seriously hurt, but the home was destroyed. The plaintiffs filed a product liability lawsuit against Amazon.

Amazon defended against the allegations by claiming that it did not sell the hoverboard, and was not responsible for it. The court agreed that Amazon could not be held liable as the “seller,” however, the court determined that Amazon voluntarily assumed a duty to provide an adequate warning regarding the product’s dangers when it sent the email to customers who had purchased a hoverboard.

The court explained that a party that does not ordinarily owe a duty of care can voluntarily assume such a duty by its actions. In this case, by attempting to warn customers about the hoverboard, Amazon assumed a duty to do so effectively. However, the court held that the warning issued by Amazon may not have been sufficient, and allowed the plaintiffs’ case to proceed against Amazon on that basis.

Have You Been Injured by a Dangerous Product?

If you or a loved one has recently been injured by a dangerous or defective product, the dedicated Michigan personal injury lawyers at the Neumann Law Group can help. Attorney Kelly Neumann is a well-respected personal injury attorney with extensive experience handling complex Michigan product liability cases. Attorney Neumann and her dedicated team at the Neumann Law Group offer an exceptional level of representation, support, and advice to their clients. To learn more, call 800-525-6386 to schedule a free consultation today.