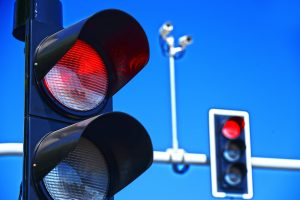 While the duty of responding police officers is primarily to make sure that anyone who was injured in an accident receives the medical attention they need in a timely manner, law enforcement is also responsible for investigating the crash. Of course, detectives investigate Michigan car accidents to determine whether any of the parties involved broke the law. The question often arises whether a law enforcement investigation is sufficient in a personal injury case.

Police officers are humans and, as a result, can make mistakes. In addition, officers are subject to biases and are not typically experts in car accident cases. Thus, many personal injury victims realize that the investigation conducted by police officers was not as thorough as they would like. In some cases, an officer may fail to photograph the scene or record all the necessary information. However, in some cases, an officer’s conduct goes beyond a small oversight. A recent case acts as a good example of a situation where responding police officers failed to conduct a fair and complete investigation.

According to the court’s opinion, the plaintiff’s car was struck by another vehicle as she entered an intersection. Following the collision, the plaintiff briefly lost consciousness. When she awoke, police officers were on the scene and were talking to the other motorist. Afterward, the police attempted to speak to the plaintiff, noting that she was lying on the ground and not speaking, although she was awake. The officer determined that the accident did not seem very serious, and ended up writing neither motorist a citation. However, because the other driver reported to police that the plaintiff ran a red light, the police officer noted that fact in the accident report.

While the plaintiff’s case against the police department was dismissed, the facts of the case illustrate that, on occasion, law enforcement may fail to adequately investigate a car accident.

Have You Been Involved in a Michigan Car Accident?

If you or a loved one has recently been injured in a Michigan car accident, contact the dedicated injury lawyers at the Neumann Law Group. At Neumann Law Group, we have decades of experience representing accident victims in all types of car accident cases. We understand the importance of conducting a thorough investigation, and act quickly to do so before evidence is destroyed or altered. To learn more about how we can help you pursue a claim for compensation based on the injuries you have sustained, call 231-221-0050 to schedule a free consultation today.