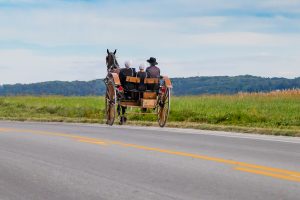 Earlier this month, three children were killed when another motorist rear-ended the carriage that was carrying the children and several other family members. According to a local news report covering the tragic accident, the accident occurred in southeastern Branch County.

Evidently, the carriage was traveling along the side of the road when a driver crashed into the back of the carriage at a high rate of speed. The carriage contained seven people; two adults and five children. All seven passengers were thrown from the carriage upon impact. Two of the young children, ages six and two, were pronounced dead at the scene by emergency responders. A four-year-old child was taken to the hospital, and later succumbed to his injuries.

According to the Center for Disease Control (CDC), there were over 2,900 alcohol-related traffic deaths in Michigan between the years of 2003 and 2012. This averages out to over 290 alcohol-related fatalities per year. A study conducted by the CDC showed that Michigan drivers are in line with the national average when it comes to drunk driving, with approximately 2% of all motorists admitting to driving after they have had too much to drink.

Michigan law allows for accident victims and others affected by a drunk driver’s negligence to pursue a personal injury claim against the drunk driver. If successful, plaintiffs may be awarded substantial compensation for their injuries.

Following a Michigan DUI accident, accident victims and their loved ones may not know where to turn for help and support. However, this is a very important time and if action is not taken an injury victim may lose their ability to recover for their injuries. It is important that those who have been injured act quickly and speak with an attorney as soon as possible, because there is a three-year statute of limitations in Michigan. This means that claims filed more than three years after the accident will likely be dismissed, leaving the accident victim with no means of recourse.

Have You Been Injured in a Michigan DUI Accident?

If you or someone you love has recently been injured in a Michigan DUI accident, contact the experienced injury lawyers at the Neumann Law Group. Attorney Kelly Neumann has assembled a dedicated team of compassionate, knowledgeable, and dedicated personal injury attorneys to represent the firm’s clients in all types of personal injury lawsuits, including Michigan drunk driving accidents. To learn more about how we can help you pursue a claim for compensation based on the injuries you have sustained, call 800-525-6386 to schedule a free consultation. Calling is free, and because we work on a contingency basis, we will not receive a penny unless we can help you recover for your injuries.