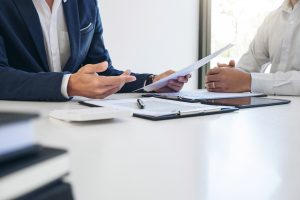 In a recent case, an appeals court considered a Michigan personal injury claim involving an employer’s refusal to pay personal insurance protection (PIP) benefits. The issue before the appeals court was whether the claim was timely filed after the employer stopped paying the claimant’s PIP benefits.

In May 2015, the plaintiff was in a car accident while she was driving a state vehicle as she was a state employee. She sought PIP benefits for her injuries from the state, her employer, and received them for almost two years. In August 2017, the state stopped making payments, and stated that it would no longer pay the plaintiff PIP benefits because the state believed she was not disabled. The plaintiff filed a complaint against the state in December 2017, alleging she was entitled to PIP benefits and that the state unreasonably refused to pay her.

The court held that the event that gave rise to the plaintiff’s claim was the defendant informing the plaintiff that she would no longer receive PIP benefits. The court explained that if the claim arose on the date of the accident, the plaintiff would have been required to file suit or prove notice at a time when the state was paying her benefits and when she could not have anticipated that it would later refuse to pay her benefits. In addition, the state’s insurance code specifically states that an action for PIP benefits can be made within one year “after the most recent allowable expense, work loss, or survivor’s loss has been incurred.” Therefore, the court held that the plaintiff’s claim did not accrue until the state told her that it would stop paying PIP benefits and that the plaintiff filed her claim within six months, as required.

If you have been hurt in a Michigan car accident, you know that the aftermath can be overwhelming. Grand Rapids injury attorney Kelly Neumann provides competent legal representation to accident victims throughout western Michigan. Attorney Neumann’s law firm, The Neumann Law Group, is able to handle cases involving motor vehicle accidents, boating accidents, pedestrian accidents, as well as medical malpractice cases, product liability claims, and other types of personal injury cases. If you have been injured, call us as soon as possible at 231-221-0050 or contact us online.