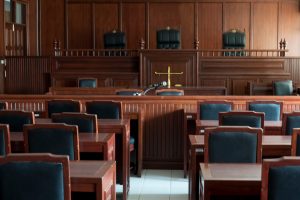 After Samsung received notice that it was named in the lawsuit, the company argued that the claim against it was not timely filed, because the plaintiff had not filed a motion for leave to amend the complaint. Michigan’s Supreme Court held that the plaintiff could amend the pleading if a notice of nonparty fault was filed under Michigan Court Rule 2.112(K). Under that rule, a plaintiff could amend a complaint without filing a motion for leave to amend, as long as the amended pleading relates back to the original claim, under Michigan Compiled Laws Annotated (MCL) 600.2957(2).

Under MCL 600.2957(2), if an unnamed party is identified as being at fault within 91 days of the filing of the complaint, the court will allow a party to file and serve an amended pleading with an additional claim against the unnamed party. The statute specifies that when a complaint is amended to add a claim against an unnamed party, it relates back to the date that the original complaint was filed for purposes of the statute of limitations. In addition, Michigan Court Rule 2.112(K) states that a party that has been served with a notice of nonparty at fault can file an amended pleading stating a claim against the identified nonparty within 91 days of the service of the notice.

The court explained that the rule does not require that a motion for leave to amend a pleading be filed in order to add a claim against the identified nonparty at fault, as long as it is done within the 91-day period. The court noted that the rule did not specify whether the amended complaint would “relate back” to the original complaint. The court held that under MCL 600.2957(2) and MCR 2.112(K), a plaintiff can amend a complaint without filing a motion for leave to amend, and that the amendment relates back to the original complaint. Therefore, the plaintiff’s claim against Samsung was also timely filed and would be permitted to proceed to trial along with the plaintiff’s claim against Best Buy.

If you have been injured, call an experienced Michigan personal injury lawyer as soon as possible. However, it is essential to act fast because the statute of limitations could pass before you have even filed your claim. The dedicated Michigan product liability attorneys at the Neumann Law Group are experienced in handling all types of personal injury claims and have settled millions of dollars in personal injury cases. The Neumann Law Group has over 200 years of combined experience and provides all prospective clients with a free consultation to discuss their case. We represent injured individuals and their families in Detroit and throughout Michigan. Call 1-800-525-NEUMANN or contact us online today.