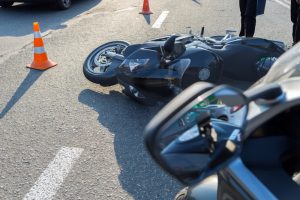 Motorcyclists in Michigan should always wear protective gear and use as much caution as possible to avoid a collision. According to one study, motorcycle accidents are four times more likely to result in a serious injury or death when compared to automobile collisions. Even when motorcyclists do everything right and utilize the best precautions, tragic accidents can occur when other drivers are negligent. A local news article discusses a Michigan collision that resulted in the deaths of two bikers earlier this month.

According to the facts discussed in the news report, the two motorcyclists were stopped at an intersection waiting to make a left-hand turn when they were struck by another driver from the back. The bikers were ejected from their bikes, and by the time emergency crews arrived on the scene birth of the motorcyclists were dead. The driver of the car that crashed into the stationary bikers remained at the scene and was questioned by law enforcement officers. According to the article, the crash is still under investigation.

Inattentive drivers do not only place motorcyclists at risk. Accidents caused by inattentive drivers injure or kill thousands of Michiganders each year. If a driver is negligent and causes an accident, they may be subject to criminal, administrative, as well as civil liability for the crash. Criminal charges are not uncommon after a serious crash, negligent drivers can be charged with felony assault or even homicide after a serious crash. Administratively, the state of Michigan may suspend or revoke a dangerous driver’s license until they can demonstrate the ability to drive safely.

END_OF_DOCUMENT_TOKEN_TO_BE_REPLACED 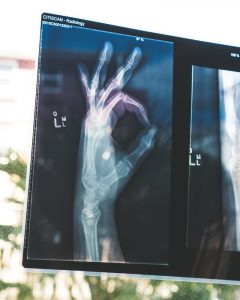 END_OF_DOCUMENT_TOKEN_TO_BE_REPLACED

A plaintiff appealed the lower court’s grant of summary disposition under MCR 2.116(C)(7) in favor of the defendant in a Michigan motorcycle accident case. The circuit court determined that the small claims judgment the plaintiff obtained against the defendant for damage to his motorcycle barred his subsequent circuit court action against her for bodily injuries because both claims arose from the same accident. The Michigan Court of Appeals reversed and remanded.In July 2013, the defendant drove through an intersection and hit the plaintiff, who was riding his motorcycle. The responding police officer determined that the defendant failed to yield. The plaintiff brought a claim in the small claims division in March 2014, stating that the accident destroyed his motorcycle and caused him bodily injuries. The plaintiff explained that he did not have collision insurance on the motorcycle, which would have cost one-fourth of the motorcycle’s estimated $1,000 value. Consequently, the plaintiff asked for $900 because he expected to sell what was left of the motorcycle for $100. He obtained a judgment of $960, including $900 in damages and $60 in costs.

The plaintiff subsequently filed a complaint in the circuit court in July 2014 against the defendants (the driver and Frankenmuth Mutual Insurance Company) for claims arising out of the collision. He alleged that the driver’s negligence caused or exacerbated a neck injury that required surgery. The plaintiff agreed to dismiss one of his two claims against Frankenmuth, and Frankenmuth later settled his remaining claim.

The defendant moved for summary disposition under MCR 2.116(C)(7) (prior judgment) and (C)(8) (failure to state a claim). The defendant argued that res judicata and collateral estoppel barred the circuit court action because the small claims action involved the same claims and the same parties. The plaintiff opposed the motion.