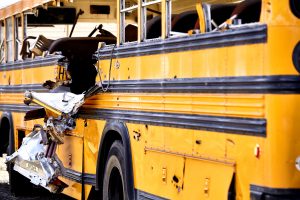 A governmental agency is generally immune from lawsuits, although certain exceptions apply. If a government employee is engaged in a governmental function, both the employee as well as the agency are generally protected by immunity.

The plaintiff claimed that the case fell under the motor-vehicle exception. Under MCL 691.1405, a governmental agency is liable for injuries and property damages that result from “the negligent operation by any officer, agent, or employee of the government agency, of a motor vehicle of which the governmental agency is owner.” In a negligence claim, a plaintiff must prove duty, breach, causation, and damages, and the plaintiff bears the burden of proving a negligence case.

If you or someone you love has been injured in a Michigan car accident, you should speak with a knowledgeable personal injury attorney as soon as possible. The Neumann Law Group is experienced in personal injury claims and has settled millions of dollars in personal injury cases. Our law firm has over 200 years of combined experience, and we are dedicated to helping accident victims navigate the legal system. We represent injured individuals and their families in Detroit and throughout Michigan, as well as in Massachusetts and California. Call us at 1-800-525-NEUMANN or contact us online to set up a free consultation.