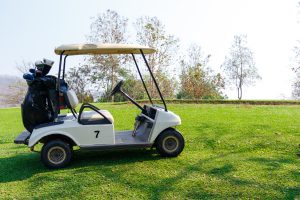 Last year, the state supreme court issued an opinion in a Michigan personal injury case requiring the court to determine the appropriate analysis to use in cases involving injuries that were obtained while engaging in a recreational activity.

The trial court agreed with the defendant and applied the “reckless” standard; however, when the plaintiff appealed the case was reversed. The appellate court determined that the risks posed by golf carts were not “inherent” to golfing, and thus, the court should have applied the negligence standard. In its opinion, the court engaged in a lengthy discussion of the history of golf and the necessity of golf carts to the sport. The defendant appealed.

On appeal to the state’s supreme court, the court first acknowledged that the current standard was confusing and should be replaced. The current rule required a court to determine whether the risk that led to the plaintiff’s injuries was “inherent” to the activity. The court held that this standard lends itself to a vague and academic analysis, rather than the application of real-world factors.

The court explained that all cases involving injuries occurring while the plaintiff was engaging in recreational activities should be viewed under a foreseeability analysis. Thus, instead of asking whether a risk was “inherent” to a certain activity, courts should consider whether the risk was foreseeable. Because the lower court did not have a chance to apply the newly-announced analysis, the case was remanded for the lower court could apply the new standard.

Have You Been Injured in a Michigan Accident?

If you or a loved one has recently been injured in any kind of Michigan accident, you should contact the dedicated Michigan personal injury attorneys at the Neumann Law Group. At the Neumann Law Group, we represent victims who have been injured in all types of Michigan accidents, including auto accidents, slip-and-fall accidents as well as accidents involving recreational activities such as swimming and skiing. To learn more about how our team of dedicated Michigan personal injury lawyers can help you recover compensation for the injuries you have sustained, call 231-221-0050 to schedule a free consultation today.