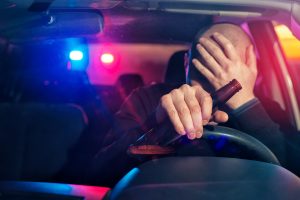 For years, the top causes of Michigan car accidents have been speeding, distracted driving, and drunk driving. According to the most recent data from the Michigan State Police, of the 937 auto accident fatalities that occurred in Georgia in 2017, alcohol was involved in 320 accidents. Almost a third of those fatal Michigan DUI accidents occurred in Wayne County, Oakland County, or Kent County.

While driving under the influence of drugs or alcohol has long been against the law in Michigan, motorists continue to get behind the wheel after they have had too much to drink. If someone causes an accident while under the influence of drugs or alcohol, they may face criminal charges. However, even a successful criminal prosecution against a drunk driver will not likely result in any significant restitution being paid to the accident victims. If a victim of a Michigan DUI accident hopes to recover financial compensation for their injuries, they can pursue a Michigan personal injury or wrongful death case against the at-fault driver.

In either a personal injury or wrongful death case, a plaintiff must be able to establish that the defendant violated a duty of care that was owed to them, and that the defendant’s violation of that duty resulted in their injury or the death of their loved one. Because there is a criminal statute that prohibits drunk driving, personal injury plaintiffs may be able to more easily prove their case of negligence against an alleged drunk driver. Thus, a plaintiff may be left only with the need to establish that the defendant’s actions were the legal cause of their injury.

Update: Driver that Killed Michigan Family Had a Blood-Alcohol Content Over Three Times the Legal Limit

Last month, we discussed a tragic accident that claimed five people’s lives. According to news reports at the time, a pick-up truck was driving on the highway in the wrong direction and collided with the family’s SUV head-on. After the accident, police arrested the driver on suspicion of DUI.

In a recent update, the chemical tests that were conducted on the night of the accident confirmed that the driver of the pick-up truck was intoxicated at the time of the accident. Indeed, his blood-alcohol content registered at .306, which was over three times the legal limit of .08.

Have You Been Injured in a Michigan DUI Accident?

If you or a loved one has recently been injured in a Michigan drunk driving accident, you may be entitled to monetary compensation for the injuries you have sustained. At the Neumann Law Group, we represent injury victims and their family members in all types of Michigan car accident cases, including drunk driving accidents. To learn more about how we can help you pursue a claim for compensation based on the injuries you have sustained, call 616-717-5666 or reach out via the form on our website to schedule a free consultation today.