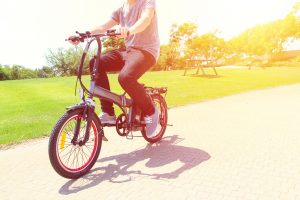 Under Michigan law, bicyclists have an absolute right to ride on public roads and are entitled to all the same rights as those operating motorized vehicles. At the same time, bicyclists must obey the rules of the road, including both generally applicable laws as well as bicycle-specific laws. The most important rule for Michigan bicyclists to remember is that they are required to ride as close to the right side of the road as practicable.

While bicyclists are responsible for exercising due care while riding on public roads, motorists must respect cyclists’ right to use the road. Thus, motorists must yield to bicyclists when it would be appropriate to yield to another motorist. When a driver causes a Michigan bicycle accident, they may be held liable for any injuries occurring as a result of their negligence.

Recently, a bicyclist was killed while he was on the way to his mother’s home to watch the Super Bowl. According to a local news report, the bicyclist was struck by a motorist near the intersection of Groesbeck Highway and 10 Mile Road in Warren, Michigan. The exact circumstances surrounding the accident are not known; however, law enforcement estimates that the motorist was traveling at approximately 70 miles per hour when he struck the bicyclist. After the collision, the driver fled the scene, leaving the bicyclist seriously injured and alone on the side of the road.

The bicyclist sadly died from the injuries he sustained in the accident. Police received a tip two days after the accident that led them to the driver. However, when police first talked to the driver, he denied all involvement, claiming that his car had been stolen two weeks earlier. It was not until later that he admitted to driving the Dodge Charger that struck the bicyclist and then fleeing the scene. Police later found the Charger in the backyard of a home near Eight Mile Road under a tarp.

A motorist who flees the scene of an accident without checking to ensure that none of the other parties involved in the accident need medical attention can be subject to legal liability regardless of who was at fault for causing a collision. In fact, under Michigan Vehicle Code section 257.619 a motorist who has any reason to believe that they have been involved in an accident must provide their information to the police, provide their driver’s license to the other drivers involved, and render “reasonable assistance in securing medical aid or arrange for or provide transportation to any injured individual.” A failure to comply with these requirements is a misdemeanor offense and may also be the basis of civil liability through a Michigan personal injury case.

Have You Been Injured in a Michigan Car Accident?

If you or someone you love has recently been injured in a Michigan auto accident, you may be entitled to monetary compensation. The dedicated Michigan personal injury lawyers at the Neumann Law Group have extensive experience representing accident victims in cases against those responsible for their injuries. We provide free case evaluations for accident victims during which we explain the process of filing a claim, as well as how we can help. To learn more, call 231-221-0050 to schedule a free consultation today.