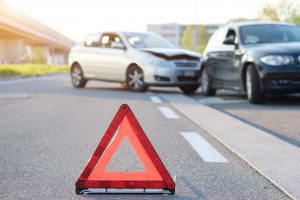 Earlier this month, a state appellate court issued a written opinion in a Michigan car accident case discussing the state’s personal protection insurance (benefits) system. The case is important for all Michigan accident victims because it shows how the PIP system works, and under what circumstances an injury victim may not be covered.

As a general matter, Michigan’s PIP framework is a no-fault system, meaning that an injury victim does not need to show that the other driver was at fault to recover PIP benefits. However, questions can come up regarding whether a person is covered under a PIP policy. In situations involving multiple vehicles and multiple insurance policies, issues may also arise regarding which insurance policy has “priority,” or is responsible for covering the claim.

Evidently, the pick-up truck was insured by the plaintiff’s fiancée, but did not name the plaintiff as an insured driver. However, the plaintiff claimed that he was entitled to benefits under Michigan Compiled Laws § 500.3114, which allows for an injured person to receive benefits if they “(1) suffered accidental bodily injury arising from a motor vehicle, and (2) the injury occurred while the person was an occupant of a motor vehicle.” Under, § 500.3114, an accident victim can recover compensation from “the insurer of the owner or registrant of the vehicle occupied.”

The court rejected the plaintiff’s claim that he was entitled to benefits under § 500.3114, finding that he was not an “occupant” of the vehicle at the time of the accident. The court reviewed previous cases, holding that to be considered an “occupant” of a vehicle, the plaintiff would have to have been “physically inside” the pick-up truck at the time of the collision.

The court also explained that the “accident” in this case did not involve the pick-up truck. The court explained, “the accident involved two other vehicles [and] one of those vehicles then hit a stationary object that just happened to be Dover’s parked pickup truck.” That being the case, the court determined that the plaintiff was not entitled to PIP benefits under his fiancée’s insurance policy.

Have You Been Injured in a Michigan Car Accident?