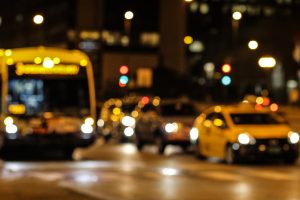 In 2011, the plaintiff was hit and killed by a train in Wayne County, Michigan. His representatives sued the train operators responsible for the crossing where the accident happened. After a trial, the jury found the defendants not liable for the plaintiff’s death. Now the plaintiff is asking for a new trial.

Grounds for a New Trial

In federal court, there are many reasons that a court can grant a new trial. These include that the verdict is against the weight of the evidence, there were substantial errors in the admission or exclusion of evidence, or other reasons that leads the court to believe that the trial was unfair. The plaintiff here puts forth five different arguments as to why there should be a new trial.

The first argument that the plaintiff makes is that it was improper for the court to allow in evidence about the plaintiff’s medications. Specifically, the medical examiner’s testimony that the deceased had an antidepressant that can cause suicidal ideations. The plaintiff can only get a new trial by proving that the court abused its discretion by allowing this evidence to be heard by the jury. Here, the Eastern District Court of Michigan held that the evidence was properly allowed in.

The plaintiff also argues that the jury should have been instructed that there is a heightened requirement for defendants to protect children or people who act on childish instincts. The court did not find this argument persuasive as they held that 13 was old enough for someone to understand the dangers of an oncoming train and the plaintiff had no apparent disability. Plaintiff also argues that the court should not have granted summary judgment in favor of the conductor. Once again, the district court here held that the grant of summary judgment was appropriate.

Another argument advanced by the plaintiff was that the trial court should have allowed photographic evidence that they repaired the crossing where the plaintiff was hit. The court does not usually allow in evidence of subsequent repairs after an accident because they don’t want companies to be disincentivized from making repairs and safety upgrades. Here, the court once again rejected the plaintiff’s argument. They noted that even if it was error, it was harmless error.

Finally, the plaintiff argues that the court abused its discretion after it did not strike a juror due to his relationship to rail systems. Specifically, one of the jurors owned a consulting company that helped the Army market assets which included the rail system. While the plaintiff asked for this juror to be excluded due to his potential conflict of interest, the court was satisfied by the juror’s assurance that he would be impartial and that he did not stand to gain or lose money based on the outcome of the case. Therefore, the court denied the plaintiff’s motion for a new trial.

If you are injured in a train or another kind of accident, you should contact a knowledgeable Michigan personal injury attorney as soon as possible. The attorneys at Neumann Law Group work with clients in Western Michigan, including Detroit, Saginaw, Southfield, Grand Rapids, Lansing, Kalamazoo, and Traverse City. Call 800-525-6386 or use the contact form on this website to schedule your free consultation today.

Michigan Court Holds Foreseeability is the Test for Inherent Risk