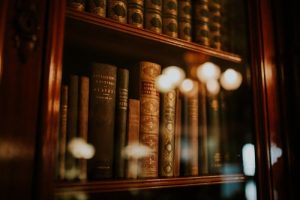 Tort law principles will ensure businesses and institutions place safety over efficiency and profits while the country begins to restart economic activity. America’s complex relationship with personal injury lawsuits stokes a collective cognitive dissonance, where our most treasured values are locked in conflict. We hold justice, accountability, and sympathy as individual and cultural ideals. When a community member is injured, whether physically, emotionally, or financially, societal norms dictate communal action, surrounding the suffering individual with comfort and support. On the other side of the same coin, society expects individuals responsible for another’s injury acknowledge their fault and expend proportionate resources to repair the damage done. Personal injury lawsuits advance these ideals, forcing compliance with our cultural values under the authority of the state.

At the same time, self-determination and self-reliance are both elemental components of our nation’s social fabric. For better or worse, we often credit an individual’s circumstances as a function of his or her integrity and fortitude. In the immortal words of Joseph P. Kennedy, “When the going gets tough, the tough get going.” Since the 1970s, insurance companies and corporate interests have waged a war on personal injury law through a process labeled as “tort reform.” Although this article is not intended to dive into that complex subject, tort reform met with some success coloring personal injury lawsuits as the vehicle of the sneaky and weak to obtain untold sums of undeserved money.

In the tort reform era, the role personal injury lawsuits play in advancing public interests is sometimes overlooked. From reigning in overzealous pharmaceutical companies from prematurely introducing new, untested drugs, to holding manufacturers to account for profiting from dangerous consumer goods, tort law has saved Americans from countless injuries and deaths. It is critical for our safety that business interests operate under the threat of litigation to reign in risky commercial gambits.

Could personal injury lawsuits help curb corona virus infection rates over the coming months . . . and potentially years? General negligence principles consider whether the party sued had a duty of care, if they breached that duty, and if so, whether the breach caused a compensable injury to the complaining party. The manner in which courts apply this rubric to employers as the economy reopens will have a major impact on the extent to which companies feel obligated to ensure worker safety, e.g., suppling personal protective equipment, limiting the number of employees and/or customers in a closed space, investing in the ongoing sanitization of places where people will congregate.

The umbrella of responsibilities falling under an employer’s duty of care is to date unknown. States and the federal government have, and will continue to, disseminate safety guidelines, sometimes in an advisory capacity, other times with the force of executive order. Such guidelines could be utilized by courts when considering the applicable duty of care owed to workers over the coming months, but given the breadth, variation, and sometimes conflicting nature of the directives issued by various authorities, application will necessarily include case-by-case consideration.

Lawsuits are already proceeding against companies that subjected their customers to the corona virus. The first wave targeted cruise lines. Health care providers are poised for similar treatment, particularly nursing homes that became infection “clusters.” Five Florida residents are suing the People’s Republic of China for not taking sufficient action to contain the virus, underreporting infection and death rates, and not alerting the global community in a timely fashion.

Another type of lawsuit may emerge targeting individuals who transmitted the disease to another person. Similar causes of action have succeeding regarding sexually transmitted infections. However, the distinguishing characteristics between STI infection and corona virus transmission will likely curtail the vast majority of corona virus infection cases. First, positively identifying the source of a sexually transmitted infection is easier than the corona virus. Further, successful STI cases involve deception, as well as the intentional act of engaging in sexual intercourse. To prevail on similar grounds with a corona virus infection, one would need to somehow exclude the possibility of other possible ways the infection was acquired, demonstrate the individual sued was deceptive about their condition, and establish the carrier engaged in some negligent act that led to the suing party’s contraction of COVID-19.

New lawsuits are being filed every day, many of which challenge our conception of justice and how we allocated costs during times of universal suffering. Who should endure the brunt of the damage when everyone is dealing with the same problem? One lawsuit brought by two baseball fans in New York is seeking class certification for a lawsuit against Major League Baseball, as well as the companies that transact in baseball tickets, for a refund due to game cancellations. At the same time, numerous lawsuits are being filed by business to force insurance companies to pay claims on business interruption insurance policies. A veritable bonanza of class-action style lawsuits are in their formative stages, a nearly all include an aspect of cost shifting, from one party to another, while the societal costs of the virus remain unchanged.

Neumann Law Group is assisting its clients through these troubling times. If you have any questions about your rights and responsibilities as a worker or employer, landlord or tenant, or have any other relationship that has been affected by the corona virus pandemic, contact the experienced attorneys at Neumann Law Group for a free consultation today.