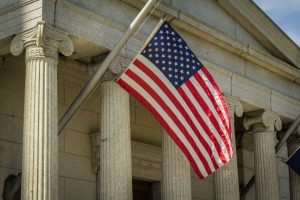 Judge Chhabria expressed concern over the development and made clear that he would have never issued the stay if the possibility of such a collapse were evident. Although this development could mean the entire MDL will continue to its conclusion at trial, in a statement issued after the status conference, Bayer said:

“We remain fully committed to resolving both the current Roundup litigation and potential future claims on a simultaneous path. A mass tort settlement of this size and complexity can take significant time before it is fully executed, and we are still early in this process. There are often some bumps in the road in implementing a resolution of this magnitude, but we remain confident that a comprehensive settlement will be finalized and executed. Indeed, while we support the court’s dual track approach over the next 30 days, we are optimistic that the finalization of the settlements over this time will make any further steps on the litigation track unnecessary.”

The dangerous product attorneys at Neumann Law Group are still accepting new Roundup claims. If you or a loved one has been diagnosed with leukemia, B-cell lymphoma, non-Hodgkin lymphoma or multiple myeloma after having worked with Roundup weedkiller, contact our attorneys for a free consultation and evaluation of your claim.